When the web service latency increases, the first suggested technique is to cache. The cache is a good solution when your system is a read heavy system. In multi-tier architecture, each service gets a cache resource and then depending on the need to optimize the latency or throughput, the cache resources can be increased or decreased. The main drawback of the method, the policy that determines the cache resource is “static”. The static policies are mostly offline and based on estimates that tend to solve 90% of users and not the tail end of the users. The key idea behind RobinHood is to identify backend queries that are responsible for high P99 request latency, which they call “cache-poor” backends. RobinHood then shifts cache resources from the other “cache-rich” backends to the cache-poor backends.

What’s new in the proposal?

The design of the system focuses on solving tail latency (p99). Rather than considering cache resource policy as static policy, the cache policies are dynamic adjusted based on statistics.

How does it work? 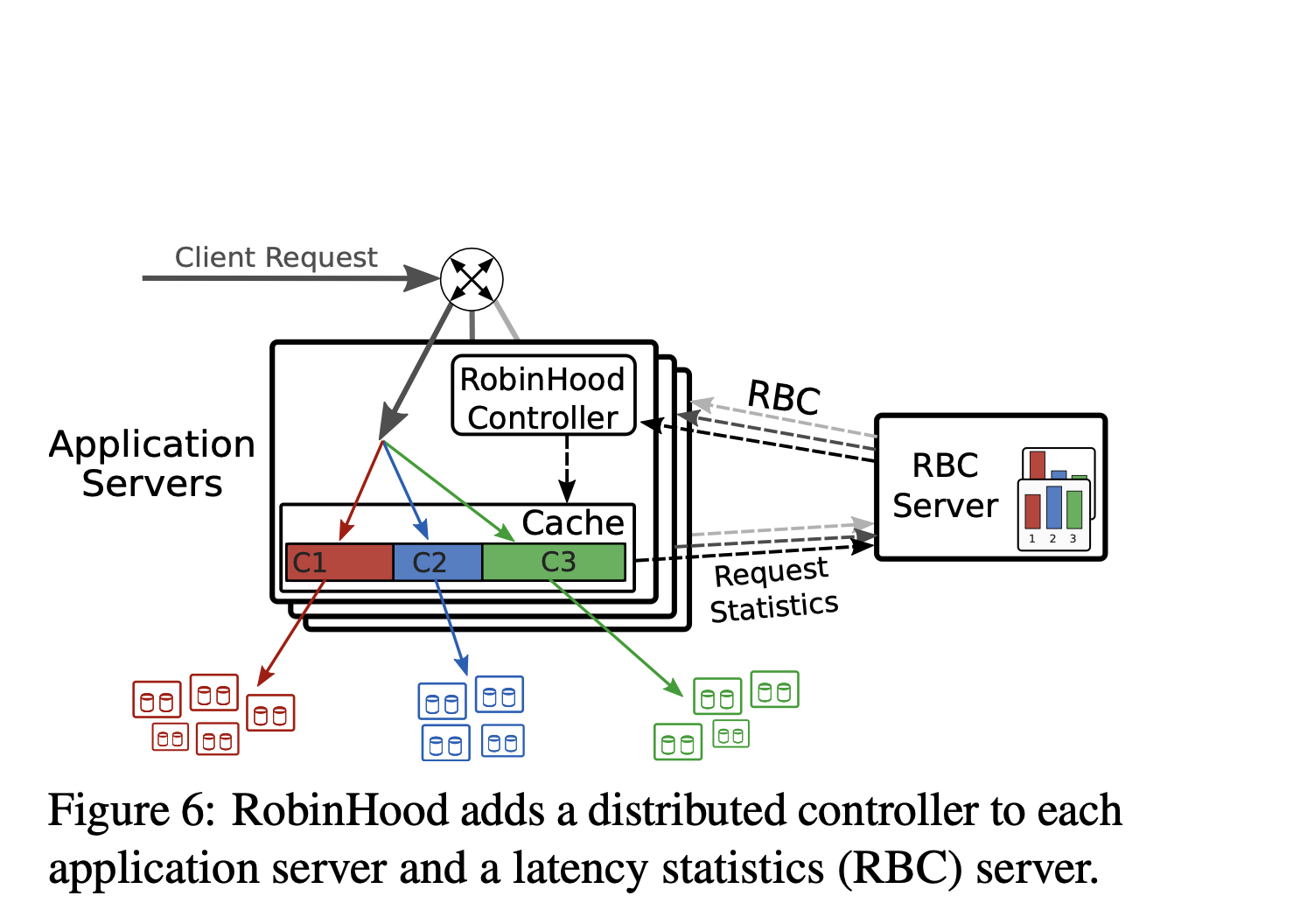 Once cache poor systems are identified, the system can leverage the available cache resources. The policy of cache is calculated every 5 minutes. The basic RobinHood algorithm assumes that redistributed cache space is filled immediately by each backend’s queries. In reality, some backends are slow to make use of the additional cache space because their hit ratios are already high. RobinHood algorithm is capable of meeting a 150ms SLO for the OneRF workload even under challeng ing conditions where backends simultaneously become overloaded. Many other systems, Facebook, Google, Amazon, and Wikipedia, use a similar multi-tier architecture where a request depends on many queries. However, these other systems may have different optimization goals, more complex workloads, or slight variations in system architecture compared to OneRF.

RobinHood is also lightweight, scalable, and can be deployed on top of an off-the-shelf software stack. The RobinHood caching system demonstrates how to effectively identify the root cause of P99 request latency in the presence of structured requests.

This work is licensed under a Creative Commons Attribution-ShareAlike 4.0 International License.